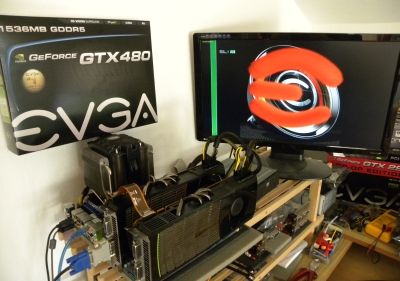 I took the time this morning to test a 2-way SLI of GTX 480. For two reasons:

The cool thing with EVGA OC Scanner is that it has now a SLI profile in latest NVIDIA drivers. No longer need to rename the exe in etqw.exe (you can even use that SLI profile for FurMark 😉 ). If you have a SLI system, just run the OC Scanner in fullscreen (fullscreen mode is fundamental for SLI) and you’re okay!

That’s what I did… 1920×1080 fullscreen with the power draw unlocked… and I got a nice shutdown after one second.

Hummm… I don’t know why but I was sure that my PSU was the weakest link of my testbed (CPU = Core i7 960). This kind of shutdown is symptomatic of a too high power consumption. I thought my 850-watt PSU was enough to feed my testbed but I was wrong. 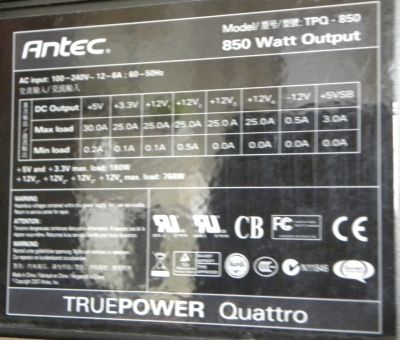 The tone down delay has allowed me to confirm that my PSU was not enough powerful to feed two highly stressed GTX 480. I started EVGA OC Scanner in 1920×1080 (power draw unclocked) with a tone down delay of 50ms and I decreased it until I reached the PSU shutdown (the shutdown occurred for a delay lesser than 16ms).

This tone down delay will be available in MSI Kombustor too…