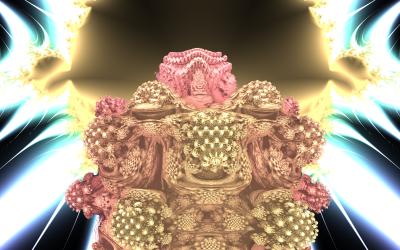 Here is a 1k prod of the 3D Mandelbrot fractal. This 1k demo has been coded in Direct3D 9 and has been shown to the Breakpoint 2010 demoparty. 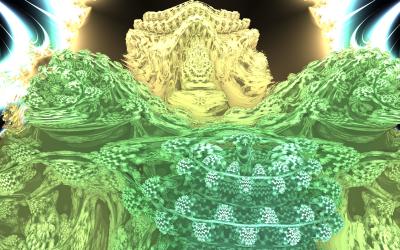 Breakpoint 2010 was my second demoparty so far, and even though I was there just as a spectator, I showed my Mandelbulb implementation to a few people,
and they suggested I make a 4k demo out of it. Well, I might still finish that 4k eventually (with better performance, more accurate ambient occlusion,
blablabla…), but for now here is a 1k demo which raymarches a Mandelbulb and can get decent frame rates at good resolutions on a
fast computer. Since the final code was significantly smaller than 1k, I added some additional effects until I reached 1k (well, technically 1k=1000, so it’s really 1Ki or 1.024k, but whatever…).

And here are some interesting tricks from the author to create very very small code (these tricks help hitchhikr‘s exe packer to produce a better compressed code): 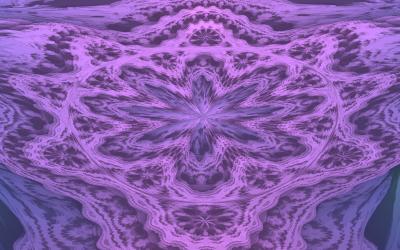 You can’t see it ? No worry, just watch this video:

And sorry for the lack of bews this week, I’m a little tied up with some GPU dev and my next moving….