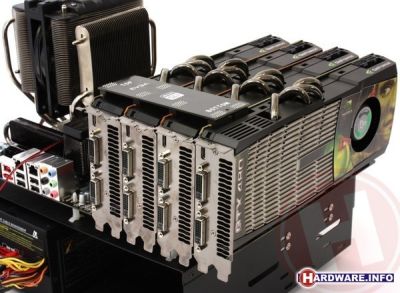 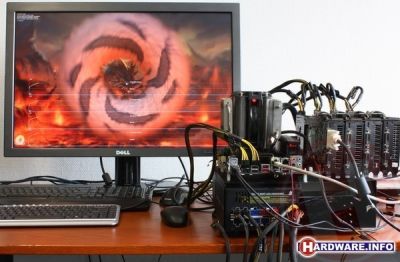 The guys at Hardware.Info have tested a 4-way SLI of GeForce GTX 480 … and since they are fearless, they ran FurMark on this crazy system.

The 1500W PSU (SilverStone Strider) was just enough to feed the complete system: the total power consumption of the complete rig running FurMark reached 1480 Watts. This is just insane! 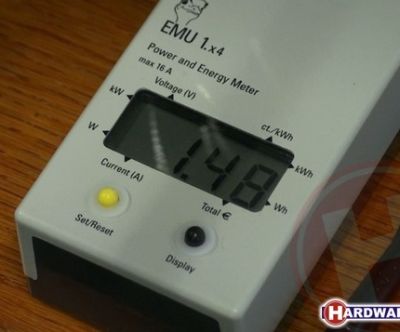 This video shows the GPU temperatures, power consumption and the noise level: more than 76 dB. Okay, they stuck the db-meter on the cards, but honestly, it’s a little bit loud…

And acccording to the testers:

But again showed that only FurMark really can pull all the stops. The temperature went after a few minutes direction 110 degrees. The fans were running according to GPU-Z and 90% from two meters away you could feel the warm air just fine. With this benchmark we found why nVidia recommends, when triple-or quad-SLI GeForce GTX 480 setups by using water cooling. After about ten minutes the temperature rose so far that the system spontaneously stopped it … 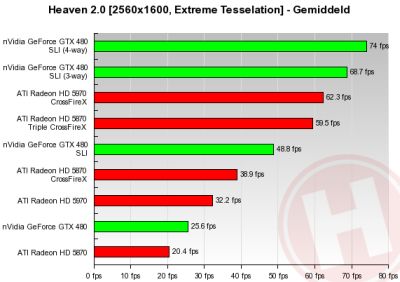 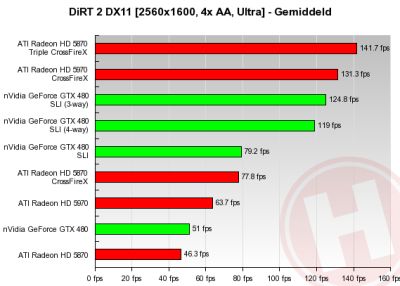 You could argue the system was CPU-limited, but Hardware.info used the fastest consumer chip available — so it seems there’s no place in today’s market for GTX 480 4-way SLI. Except, of course, for droolworthy snapshots like the above.