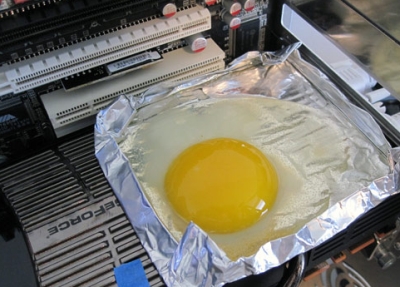 That’s what the guys at Legit Reviews have tried:

After nearly 45 minutes of running benchmarks and playing some games the egg white was turning white, but it was no where near cooked. Oh well, we tried! We had the fan on auto the entire time, so if you turned the fan down lower you might have some better luck.

Maybe with FurMark that would have been another story 😉

I really like this funny picture: GeForce GTX 480: The Way It’s Meant To Be Grilled! 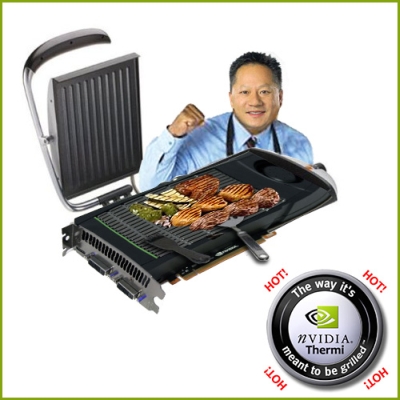