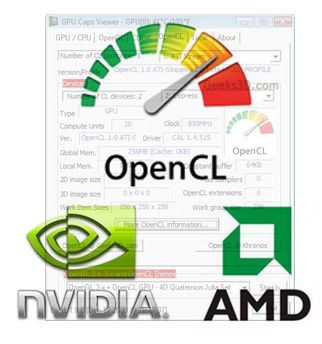 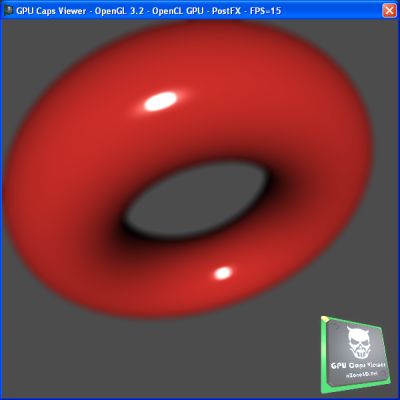 This demo is a direct implementation of NVIDIA oclPostprocessGL demo you can find in NV’s GPU Comptuting SDK.

The PostFX demo applies a blur to the final scene.

Here are the results for the post processing of a 600×600 window: 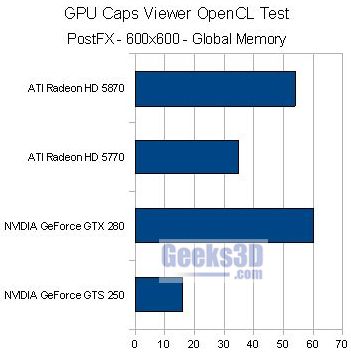 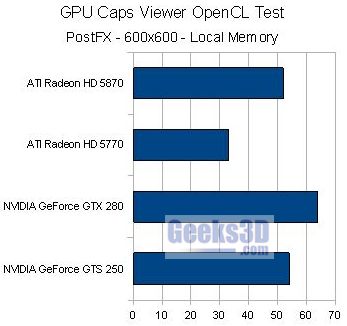 As for the surface deformer demo and with NVIDIA’s first OpenCL drivers, there was a huge gain in performance when explicit work group size in used. Now this statement is no longer true.

These graphs show an interesting fact: local memory has a huge impact on GeForce GTS 250, only a small one on GTX 280 and no visible effect on Radeon.

This post processing kernel is quite demanding and we clearly see the difference between a HD 5870 and a HD 5770. We also see that the GTX 280 dominates the test. The kernel comes from NVIDIA’s OpenCL SDK and I imagine that it has been optimized for NVIDIA hardware.

WARNING for Radeon users under Windows XP and Seven: the use of local memory crashes the demo and the VPU Recover resets the graphics driver. Vista users are not affected. 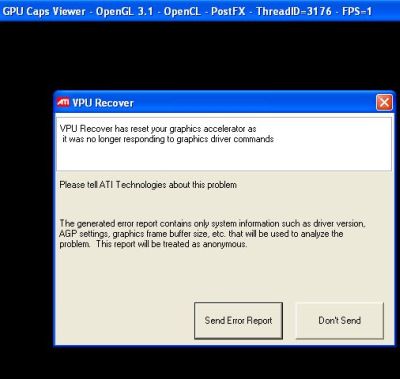