NVIDIA has just officially released the new PhysX runtimes for Windows XP, Vista and 7. PhysX 9.09.1112 includes the new runtimes for the PhysX SDK 2.8.3 (PhysXCore.dll has been updated).

You can download this new PhysX System Software HERE.

If you have a GeForce 8/9/GT200 you can enjoy the hardware acceleration provided by PhysX. But PhysX can run also in software mode with all other cards (GeForce 5/6/7, Radeon, S3 Graphics, Intel, …). 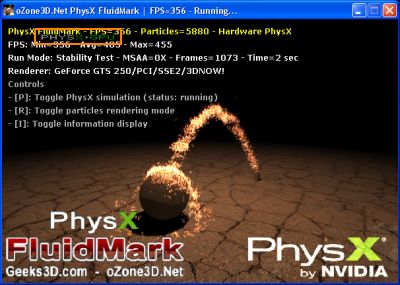 How To Know If a PhysX Application Uses PhysX GPU